When you’re creating software, it’s always a good thing to let the people who you’re creating software for know how it’s going to look and feel. Not the simplest task at hand; creating a good mock-up of a screen involves some serious thinking and figuring out what a client would like / need to have and more importantly: what not. A lot of applications have crowded screens full of data which on first sight doesn’t make that much sence. In order to avoid a problem during development, it would be a good idea to actually think about those things before starting to implement them.

I usually just used Visual Studio to create some mock-ups, but those forms were mostly working prototypes of the actual implementation. Making those is quite a bit of work which will sometimes be destroyed entirely because your client just doesn’t like what you’ve come up with. In order to avoid that you could try your Word, PowerPoint or Photoshop skills, but I found something way better!

Because of the style of those mock-ups, your client will instantly get that this isn’t actually the finished product but only a view of “how it’s going to be”. That will even change the attitude of the user to switch into a more design / lay-out oriented thinking instead of functional questions like “Where can I enter this?” or “What does that button do”? You and your client can look into the application and don’t waste too much time on developing things which are slayed down later on.

To show you what I mean, here’s some output: 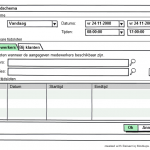 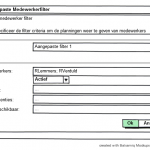 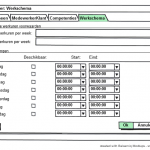 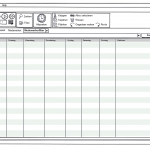 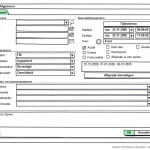 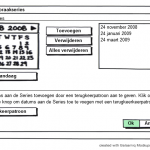 Now isn’t that cool, usefull and even better: timesaving!? The folks at Balsamiq have a free online version which you can use and hopefully by writing this blogpost I can shoot at a fully functional version which I would really like to give a try! I’ll keep u guys posted 😉

Edit: now that’s what I call fast. Mariah from Balsamiq responded to my e-mail and did indeed send me my licence. So I’ll be posting some more results in the future I guess. Thanks Balsamiq!