Things Windows Phone should have

This post of mine is an oldie from back in 2013 when Windows Phone 8 and Windows 8.1 were still fresh and hip. We’ve moved on and I really like Windows 10 up to now. I’ve been a Windows Insider since February 2014 so I’ve got some mileage running the latest insider builds on my ultrabook. Reactions are mixed, but I really like it (especially compared with Windows 8) although some parts do still feel like they’re unfinished or better yet: haven’t been touched.

Unfortunately Windows Phone 10 didn’t arrive to my HTC 8X untill it falsively did and bricked it, I’m again back running good old 8.1 But with Windows Phone 10 being released soon, I’m considering whether I should buy a Lumia 950 or not. And although I really want to, there are some things that are putting me off. Here is a list that Microsoft’s product group should consider, though I doubt they will ever read this post.

Yes, yes. Windows Phone lacks app. ‘Nough already said about that one. Or is there… Earlier this year, Microsoft announced that Windows 10 would feature an Android emulator which could run Android apps. That would solve a great deal of the problem since every major app comes in an Android version. Unfortunately, that feature has been put on hold and is likely to be scrapped because of the amount of work it requires. Apart from the communication fault (not uncommon these days) this doesn’t have to be a huge issue since there is also work being done on easily transforming iOS apps to Windows. If this would truly work in a very simple way, it *might* push developers to do a Windows version “whilst at it”. It’s definitely no guarantee. Even when you can translate your objective C code into C#, you would still need to maintain and support to different versions on two different platforms, so it takes effort no matter what. Same goes for universal apps which run on all Windows 10 device types . Companies might leverage this opportunity to push mobile-enabled apps as part of their desktop app, but they don’t have to. And most mobile apps don’t have desktop equivalents any way. 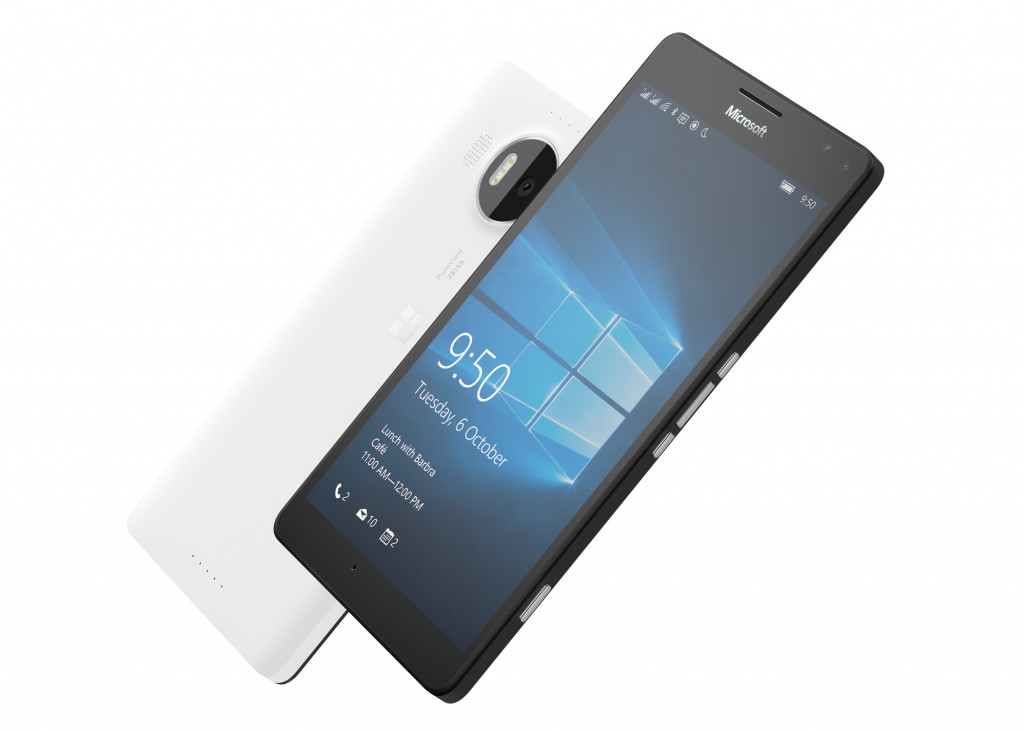 Open up the OS API’s

Before the HTC 8X I have now, I used to have an Android phone. That featured an app which could automatically set a sound / notification profile based on my location (GPS). I was a nice little app I used to silence my phone at work and during the night. This app existed due to the phone API’s it could use to change the volume / vibrate settings. The openness of Android allows developers to do virtually anything with the phone. This is good, but it’s also a security risk in some regard; the more you open up the more misuse you potentially enable. That taken into account, Windows Phone has been labeled one of the most secure operating systems for phones and I recon that has something to do with the way Microsoft still has a very limited API.

Even if there were developers out there looking to create these kinds of applications, they can’t because the API’s don’t allow them to. I must add that I don’t know for sure whether Windows Phone 10 fixes some of the issues, but the lack of evidence out there seems to suggest it doesn’t. Actually, the shell in which universal apps run seems to be even more limited at this point in time. That means the handful of Windows Phone developers out there have their creativity limited by what the OS doesn’t allow them to do instead of the other way around. My advise to Microsoft would be to open up these kinds of things so these apps in what I like to call the ‘gizmo’ category can start make our lives easier, at least until the point where Cortana takes over (and her API’s should be more open too).

I really, really, REALLY do not understand why there isn’t more attention for dual SIM. If you come across a dual SIM phone, it’s never going to be a flagship model. Simply because flagships are never dual SIM. The dual SIM capabilities have been part of the early demo’s of Windows Phone 8 because it’s a neat feature. The phone really divides into two parts where your personal and professional lives can be easily combined in one device. This is an appealing offering to enterprise customers who often have two phones with two SIM cards. But those same users also often want to have a flagship phone, not some medium or low-end range model. For me this is one of the few things that iPhone and Android also suck at, because it’s more of a hardware thing than it’s software. Even though, the new Lumia phones have only one SIM slot and so we’re left with no choice. Missed opportunity if you ask me. 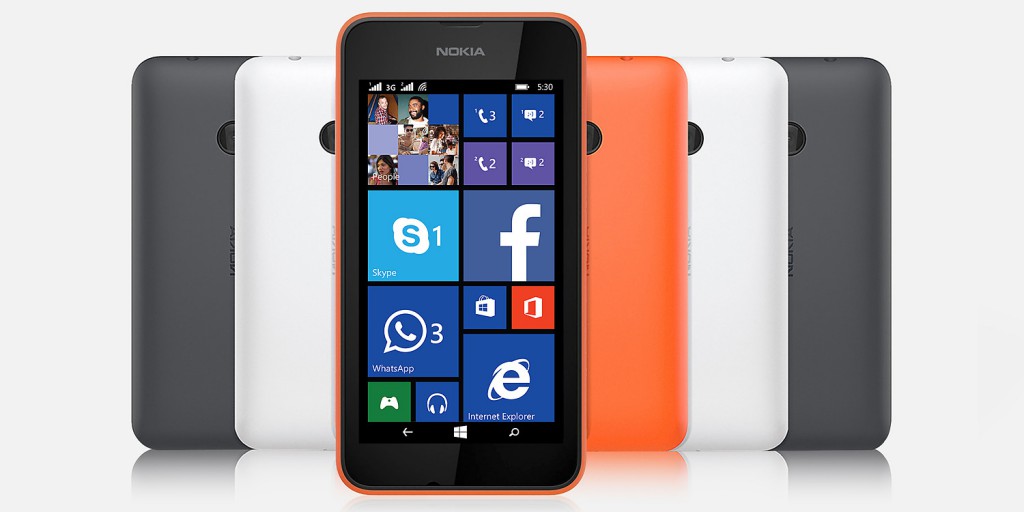 That HTC I had had quite a few nice day-to-day features. Like switching the profiles or excluding certain phone numbers from being silenced so the phone would still ring when one of these numbers would call, like my parents for instance.

Yes, that latter feature is part of what Cortana can do, but Cortana is not available in The Netherlands at time of writing. This problem isn’t limited to phone, it also applies to Windows as well. If you’re a customer not living in the US, you continuously need to wait for features to arrive. Not weeks, but months or even years. And so you’ve left with a partly disabled device which you know can do more, but won’t do because you live in the wrong place.

I understand the reasoning, they need to teach Cortana to speak Dutch and the Dutch language is hard for humans let alone computers. They might need to educate her on the euro and daylight saving time, I don’t know. What I don’t understand is why they not enable these things in English in the meantime. Yes, you can change your regional settings to get it to work but why do I need to do that? I don’t live in the US so I don’t want to trick Windows into thinking I do. Just give me Cortana in English, please.

Cortana is not the first feature to behave like this and probably won’t be the last either. I never had this experience with Android, where upgrades would just bring features to your phone and enable them without any hassle or waiting.

If you consider yourself a nerd, you’ve probably seen the Continuum demo’s by now. This is cool tech that allows you to connect your phone to a mouse, keyboard and screen. You can then browse the web, edit documents and PowerPoint presentations or crunch numbers in Excel (the universal app versions of these applications).

Don’t get me wrong, this is awesome stuff. But it’s mainly awesome from a technical point of view. When I showed this to my girlfriend, she responded with ‘So what? Why wouldn’t you just edit a document on your laptop?’. And she’s right; only when you have compelling reasons not to carry an ultrabook with you, it’s still often the better choice to use a laptop having the full blown Windows on there with all of the advantages it comes with. For now, the only applications you can use in Continuum are the mentioned Edge browser and universal Office apps. It all feels a bit like Windows RT (RIP) on my Surface 1; it’s Windows but not quite and adoption will probably suffer from that. I wonder whether the engineering effort going into Continuum shouldn’t have been better spent completing the foundation first, making sure the basic features are on par with Android and iOS.

Satya Nadella, Microsofts CEO, often talks about the vision where the device you use is just an interface to your digital world. It should matter whether you are on a desktop, tablet or phone, everything just travels with you and is only presented in a different way. Exactly that is what I am looking for in Windows 10 / Continuum, but I’m not finding yet.

I’m still in doubt. The Microsoft evangelist in me would like to buy a Lumia 950. I can show off the new features to customers, create universal apps which run on my phone and maybe even create an app for continuum. So basically it would be cool for playing around with.

For day-to-day use though, I would I prefer switching back to Android. It offers far more apps, the OS is more open which comes with cool gizmo apps and nowadays all of the Microsoft apps I use are also available for Android, Microsoft actually makes it easy for me to switch back. Even the Microsoft folks I see speaking at events usually have an iPhone or Android device with them, and Microsoft itself openly advertises the services they offer on those platforms. But when all Windows Phone 8 users think like this, the market share of Windows 10 will drop even more meaning even less focus by app developers which could well be the end of it. That would be a shame because Microsoft is literally the only one out there who now has an OS that runs on any device. There is so much potential there, if they could only unlock it. So maybe I’ll hang on just for one more round…