[IoT] Aquarium monitor; Sending commands back to your hardware

Let’s start with some awesome news first! All of the sources for this project are now live on GitHub! Which doesn’t mean I’m close to being finished by the way, but it does allow you to take a look and maybe even contribute should you want to. This includes all of the code from the previous blog posts as well, so go over and take a look:

Allright, so let’s get down to what this post is all about: sending commands back to your hardware.

As we saw in part three, the Azure IoT hub is the central place for communicating with your devices. This doesn’t limit to data being sent from the device to the cloud, but also includes messages from the cloud to the device. Appropriately named, the two message types are:

Nice and simple, right? So let’s start sending and receiving some commands.

Setting up the receiver

The receiver in our scheme will be the Raspberry Pi running Windows 10. Sending and receiving messages from the cloud is it’s task being a gateway device. The code is actually quite simple:

As you see this already includes some plubming and error handling. I found that sometimes the ReceiveAsync call will fail (I have yet to find out why), so I’ve added some try/catch logic to deal with that.

Nice and simple, right? The message is converted to a json string and then deserialized into the object it represents. The json command coming over the line should have a name, and the rest of the command depends on which command is being sent.

That’s all there is to it on the receiving end. Of course you need some code handling the command you’re receiving, but that depends on your implementation. The Commands directory in the submerged source code will show you how I’ve done it.

Setting up the sender

The sender is doing equal things as you might have expected. A similar Command object is constructed, translated into json and then converted into the bytes that will be sent across the wire.

The serviceClient.Async part is where the magic happens. There’s some retry logic in place should things fail for whatever reason. Also notice how the message will request for delivery acknowledgement so that you know the message was received. The client will also make sure the command was successfully processed before returning the acknowlegdement, so you will know whether things succeeded or not.

So the above is all you need to get communications going. The next part of course is to make sure these communications are meaningful and actually do something. In my case, I’ve got two types of commands set-up right now: 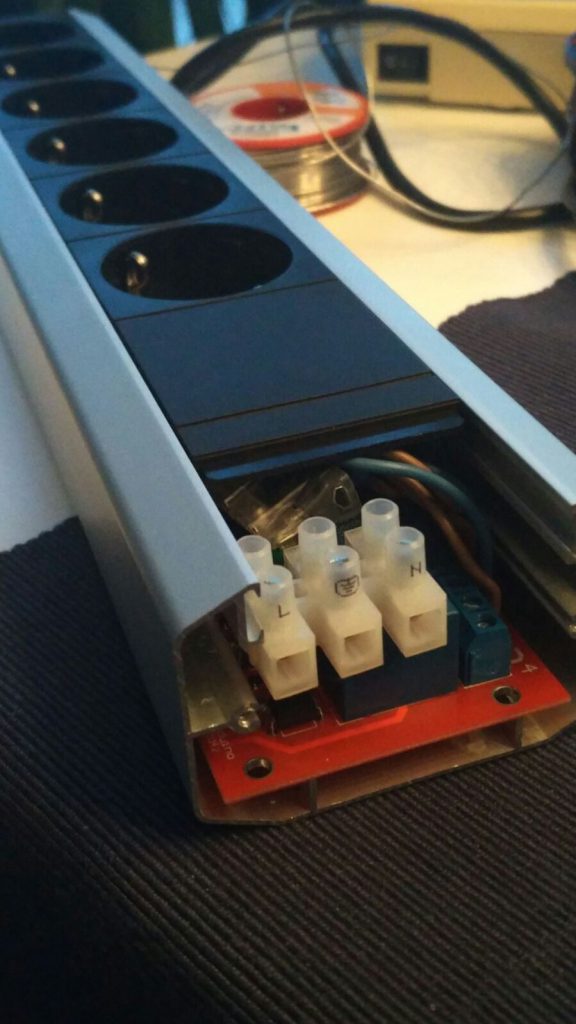 For anyone interested in the schematics and other hardware, I plan on making a used hardware list real soon!