[Opinion] My thoughts on the Microsoft MVP program

Ah. It's that time of the year again where my timeline gets spammed with #mvpbuzz nonsense. Isn't there some nice teams channel you peeps can go circle jerk on? Thanks!

Ok, I admit that “circle jerk” was maybe a bit too much but that’s what frustration sometimes does. So I’m writing this post to explain why the MVP program annoys me. 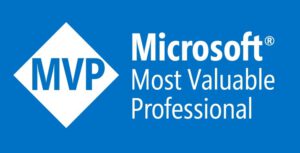 For those of you not familiar, MVP stands for Most Valueable Professional. It’s a recognition by Microsoft for people contributing to the Microsoft ecosystem, mainly in the form of community work. This might be contributing code, helping others and creating content. More information about that is found here. And even though “contributing code” and “helping others” are listed, most MVPs are known for their public talks. Basically you need to make yourself visible so that enough people notice and some might nominate you, in which case you might be elected.

If you’re a bit more skeptical as I am, you might also say that the MVP program is a smart move by Microsoft to keep people evangelizing their software and products. Of course I don’t have the numbers but I think I can safely state that paying all of the “MVP” hours would be a lot more expensive. But let’s be clear: that’s perfectly fine.

Lets also look at the bright side: recognition for those who spend a lot of time, mostly their own personal time, in your ecosystem is of course great and needed. These people write code, make presentations, host events and talk at community events themselves. By doing that they help out a lot of others in the field. There’s absolutely nothing wrong with that and it’s certainly worth recognizing!

Next to the title, MVPs are also granted some perks. Since I’m not one of them myself and I don’t have that much insight into the program I’m not exactly sure what this includes. But there’s an award thingy to put on your shelve. You can paste your photo into the MVP template and I’m pretty sure it involves at least some Azure credits, more direct access to product teams and an invitation to the yearly MVP summit in Redmond (for which travel and stay have to come out of your own pocket I believe). And that’s where things start going wrong in my opinion.

Being an MVP grants you access into an inner circle of MVPs and Microsoft employees. It gives you a head start on what’s coming. And there’s some logic to that; if you know what’s coming you’re in the position of updating your slides / courses and other material for the new stuff so that when it comes out, you’re ready. Makes sense, right? Also, since Microsoft values your work you can have better access to the product team to help them understand what’s going on in the market and at events. Microsoft engineers simply don’t have the time to keep track of all of that, it would distract focus from also building stuff. So again this seems like a win-win situation. But I would like to argue that a lot of non-MVP people could benefit from the same information as well and might provide valuable feedback too. I’m not saying that non-MVPs can’t provide feedback, but your means would be a bit more limited.

Being an MVP also provides you with a bit of status. People tend to look up at MVPs, they usually know what they’re talking about and they have great content. This will make it easier to get your talks accepted at conferences, mainly the larger ones which in turn bring more visibility.

Keeping up the good work

Once you are rewarded as an MVP, more doors will open up for you. That’s partly why being one is considered “an honor” and people tweet about being very humble when receiving it. As said, it’s easier to get your talks accepted. At some companies it also brings you more perks like (work)hours to work on your MVP status (write blogs, prepare talks). Those companies also like to boast how they have MVPs on board, again: status symbol.

Using all the perks their granted, MVPs can now more easily work on maintaining their status. You do more talks when more of your talks are actually accepted. You can do more talks if you company backs you up in doing so. And your talks will be better than others if you have inside information on what’s coming. MVPs usually have talks on content which was just released last week by Microsoft as they had their heads-up a couple of months earlier. Maybe they got to play with some beta bits in a private preview. So “the common folk” can’t ever beat that talk proposal as they simply don’t have access to the content.

Next to that, they’re now creating an inner circle within communities as well. At many events, speakers all know each other from all the other events they were invited to speak at. And so they have a nice speaker dinner, grab a beer afterwards and have a good time. Which makes these same people more likely to be invited over a next time and it raises the bar for newcomers to join. I’ve been a speaker at a couple of events and the first ones can be really awkward not knowing anyone whilst all these presenters appear to be long time friends. You can also check for the events you’re visiting. Take the speaker list and cross off: Microsoft employees, MVP’s, people who work at one of the event sponsors and women (nothing wrong here, but there’s simply relatively more female speakers then there’s female attendees or workers, that’s all). Chances are that you won’t have many names left which illustrates my point that it’s quite hard to get in.

Lastly, once you’ve worked hard to get in, it’s now easier to stay in. Since you can renew your membership of the program each year as long as you “keep up the good work”. Which, as I illustrated, is arguably easier when your talks get accepted more easily and you’re in the inner circle. In my opinion that, along with the social aspect, is why a lot of MVPs usually stay to be MVP for a number of years. I’ve even seen people stating they’re a 15-year MVP and that’s probably not the limit. Again: I’m not saying these people are not working hard any more, this is an important point to make. What I am saying is that as long as they occupy that seat, no one else can sit there.

I’m fully aware that these ramblings will probably come across as being jealous. I understand that, even though I’m really not. I have never aspired to be an MVP and probably never will. I’m also not the person to travel the world talking at user groups in whatever country. The flight shame alone would get to me before that; why wouldn’t there be anyone in Croatia or New Zealand capable of talking about some Azure service just as well as I maybe could? And if there’s anything that COVID has proven it’s that we don’t need to be in airplanes all of the time.

I love my job, love Microsoft stuff and I learn, blog and present about it along the way whenever I feel fit. I’ve talked at events and have helped organize a few. I consider that to be all part of the job for which I’m already very well rewarded by my employer. I’m not in it for the fame and maybe I’m just not that ambitious, sue me.

But the yearly #mvpbuzz nonsense will keep annoying me when nothing changes. It’s mostly a repetition of what I’ve read last year. My opinion? There’s always room for improvement. Start with setting a limit on the number of years you can be an MVP. People who are passionate about their job will keep on doing the good work afterwards regardless. And the ones who don’t are apparently only in it for the fame. And maybe be more inclusive about the stuff that’s on the roadmap. That would help me in my daily job as well.

Since my outlook.com instance was upgraded to the 'new' experience, I'm having all kinds...